Japan Day @ Central Park is an event designed by the Japanese community of New York to promote a deeper understanding of the Japanese culture and to say “Thank you, New York!”  With numbers in the tens of thousands participating in this single day event, Japan Day @ Central Park has become an annual tradition for all New Yorkers, symbolizing the enduring cross cultural friendship.  It features a wide range of Japanese traditional and family-friendly activities, free samplings of popular Japanese cuisine, and powerful stage performances throughout the day.

Founded in 1995, CAMP BROADWAY® is Broadway’s Original Summer Program for theatre-loving kids. Since then, Camp Broadway LLC has worked at the intersection of entertainment and education to become the industry leader in theatre arts youth programming, special events and educational publishing. The company serves the Broadway industry by being an authorized channel for families, schools and social organizations that believe in the essential value of the arts as a means of life-long learning. In 2000, Camp Broadway LLC introduced StageNotes®: A Field Guide for Teachers, a study guide series that features National Common Core Standards compliant curriculum for dozens of Broadway shows from classic musicals such as 42nd Street and Kiss Me Kate to contemporary works including Wicked, Legally Blonde, In The Heights, Billy Elliot: The Musical and The Addams Family. Camp Broadway has worked collaboratively with dozens of Broadway productions, estates and authors to develop and present interactive workshops that have enabled over 350,000 school children to attend Broadway shows. In 2002, Camp Broadway received the Educational Theatre Association’s Standing Ovation Award for Leadership in Education.

Proclaimed “The Camp of Dreams” by Live Magazine, Camp Broadway has hosted nearly 20,000 children from all 50 states and dozens of countries at its annual summer programs in New York City, as well as Atlanta, Buffalo, Greenville, Jacksonville, Las Vegas, Providence, Tempe, and elsewhere in America. Camp Broadway has been featured regularly on the Macy’s Thanksgiving Day Parade® telecast; performed with the New York Pops at Carnegie Hall; and appeared in Broadway on Broadway®, an annual free concert in Times Square.

“Develop Your Character” is Camp Broadway’s mantra. “Character” is a defining principle with equal relevance both on and off the stage. Studies have shown that one’s social, emotional, ethical and creative skills are the building blocks to the development of good Character. Camp Broadway’s programs adhere to the belief that engagement in the theatre is an effective strategy in helping parents and educators teach their children about becoming responsible, ethical people. Camp Broadway enables our “Cast of Characters” to immerse themselves in musical theatre and drama as a way to study real and fictitious characters whose stories are told through dialogue, song and dance. In the process, they learn the necessary skills to perform successfully at every stage of life.

Experience the overwhelming final chapter of Wagner’s epic retelling of the all-powerful Ring legends, from Siegfried’s heroic horn call to the destruction of Valhalla and the purification of the earth. John Mauceri, the Los Angeles Philharmonic, and an international cast bring the greatest music drama of all time to the Bowl, where magic fire glistens beneath the stars.

“The few seconds of Magic Fire &mdash live, at center stage — as Valhalla and its neighborhood went up in flames at the grand Wagnerian finale, provided the evening’s grandest visual reward.” -LA Weekly 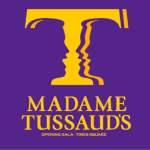 Get up close and personal with your favorite celebrities at the 85,000 square-foot, five-story Madame Tussaud’s New York. Opened in November, the New York version of the famous London museum takes on “the face of the place” presenting New York’s most famous and infamous personalities, as well as figures of international fame and acclaim. Leave time to tour these six themed, interactive environments showcasing nearly 200 masterfully crafted, lifelike wax figures: