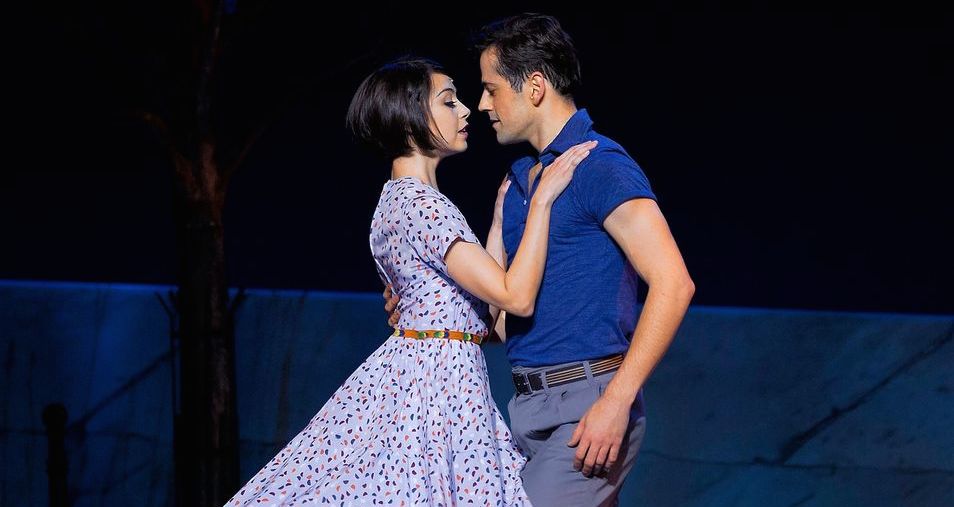 Three of the hottest musicals on Broadway have Chinese backers as China starts expanding live theatrical entertainment at home and looks to New York for expertise.

China Media Capital, a state-backed private-equity fund, has invested in the production company behind Tony-nominated “Hand to God” and “Something Rotten!” Beijing-based China Broadway Entertainment is a backer of “An American in Paris,” which is nominated for 12 Tonys.

“This is the first season that Chinese companies are investing on Broadway,” said Simone Genatt, chairman of Broadway Asia, a New York-based production and licensing entertainment company primarily focused on Asia
. “They’ve been doing Broadway musicals in mainland China for the last decade, but this is the first time China is here in New York.”

The New York investments are part of a broader push to expand musical theater inside China. Big Broadway shows such as “Cats” and “The Sound of Music” have been touring China for years. In a next step,“Cats” and “Mamma Mia” have been translated into Chinese. Over the past several years, the government has built over 25 new theaters for live musical productions, each with 1,200 to 1,800-seat capacities throughout the country.

Shanghai-based CMC last year invested in Kevin McCollum’s Broadway Global Ventures (BGV), which produced “Hand to God” and “Something Rotten!” Mr. McCollum, a veteran producer whose credits include “Avenue Q” and “Rent,” declined to reveal the size of the investment but said CMC can help his company expand its productions to China, which he said is ripe for consuming and creating theater.

“They’re ready,” Mr. McCollum says. “This is source material that might work well there.”

Eventually, Mr. McCollum says he hopes to create original musical theater using artists and writers from the U.S. and China. The idea would be to create musicals that “are a fusion of both cultures” and “could be performed both here and there.”

“Kevin is very good at making original shows, an ability that we deem as vital,” said Clark Xu, managing director of CMC. “Because at the end of the day, we want to make our own original shows.”

CMC’s investment is designed to benefit its portfolio companies, including Seven Ages Production, a musical-production company based in Beijing that adapted Mr. McCollum’s “Avenue Q” into a Chinese version that began touring nationwide in 2014.

CMC is also an investor in Shanghai’s new Dream Center, a large entertainment complex with five theaters, including one dedicated to musicals, that is slated to open as early as 2017. The theater will be able to draw on both Mr. McCollum’s productions as well as its own original productions in the future, Mr. Xu said. CMC is also learning ticketing and theater management from Mr. McCollum’s team, and making sure it is able to hold world-class musicals in the future.

Until now, Chinese investors have preferred classic musicals with wholesome stories. “Something Rotten!”—a somewhat ribald love letter to musical theater and Shakespeare—and the provocative “Hand to God” are more audacious offerings, but have drawn no objections from CMC. “The shows were born from the western soil and the content caters to the local audiences,” said Mr. Xu. “We don’t interfere with the show’s creation and we respect the decisions by the creation team.”

That may change if the shows travel to China. All scripts need to be submitted to censors for approval. “We hope the shows will tour in China, and we will definitely make suggestions on this matter then,” Mr. Xu said.

Mr. McCullom says the edgy “Avenue Q” wasn’t changed for China, but in general, tweaking a show to make it work in a new venue is common. “You have to have partners in the local market to have success in that market,” he said.

“An American in Paris” is expected to go to China as early as 2018, first as a tour throughout Asia, then as a local-language version, Ms. Genatt said. CBE is also planning an immersive production of “Peter Pan” to tour some cities in China with Randy Weiner, the producer of “Sleep No More.”

Don Frantz, the veteran producer of Broadway’s “Beauty and The Beast” and “The Lion King,” says he started getting calls from Chinese investors as soon as the Tony nominations were announced in April this year. Mr. Frantz, creative director of Town Square Productions, is actively involved with local producers in theatrical production in China, including a Mandarin-production of “Into the Woods.”

“Chinese investors are passionate about the Broadway world,” Mr. Frantz said. Mr. Frantz already helped facilitate a Chinese investment in his own off-Broadway production. Zhang Chen, founder of Mahua FunAge Production Co. Ltd., a leading Chinese comedy troupe, decided to invest in “Disenchanted!” after attending a reading in New York in 2013. Produced by Mr. Frantz, the musical is about princesses for adults.

“My instinct says that this is an interesting show with good market potential,” Mr. Zhang said. He said he invested “a very small portion” of the total budget of the show to “test the water” of the industry. Mr. Zhang set up a new company, Musical Theater China, in New York last year and is planning on spending more. “I will definitely increase my investment in Broadway musicals,” he said. “If the show is never going to come to be in China, it can just stay outside the country as a pure financial investment.”

—By Lilian Lin and Stefanie Cohen from The Wall Street Journal