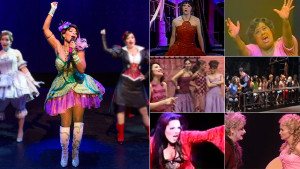 It’s no surprise, medicine BroadwayBox is a big fan of the off-Broadway musical Disenchanted!. The adult parody of the Disney princess has a total Bridesmaidsmeets good SNL feel to it, ambulance and the highlight of the musical comes late in the one-act when Soara-Joye Ross steps center stage as the Princess Who Kissed the Frog and blows the roof off the Westside Theatre with “Finally,” a big song about an African American princess finally getting her moment too.   Read More 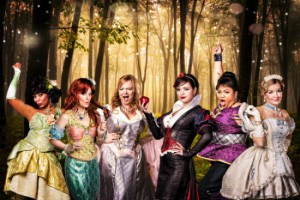 Even as a very small child — admittedly a mean, snarky child — I was skeptical about fairy tales and their promises of Happily Ever After. Was Dennis T. Giacino, who wrote the book, music and lyrics for Read More

Sassy, and hysterical might not be the first words you think of when describing Disney princesses. But a new off-Broadway production could change that.

The musical “Disenchanted” is putting a new spin on Disney classics and leaving audiences doubled over in laughter. “The writer of our show, Dennis (Giacino), he was a history teacher,” Michelle Knight, who plays Snow White, explained to CBS2’s Diane Macedo
. “And he noticed that in the tales that were being presented through the Disney movies that things like “Pocahontas” were presented very differently than the way that history actually provides. Read More 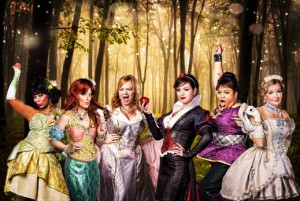 Are you a Disney fan? An adult?  Disenchanted is a dirty, funny, feminist romp. You meet all of your childhood favorites: Snow White, Cinderella, Belle, Mulan, Sleeping Beauty and The Princess and The Frog. The characters don’t need to find a Prince, they want respect.  The show is a great time if you are looking to escape your marriage, kids or are in need of a girls night out. Do not bring your kids as it is not for them. The talented cast are all great singers and have funny lines. We had a great time and it is a show that will make you literally laugh out loud.  Simply a fun night out. Upstairs at the West Side Theater Off Broadway. 21 and up for some adult content
.   From broadwayshowbiz.com

This show is overflowing with hilarity, wit, great music and astounding talent. Disenchantedfeatures many of the Disney princesses like you’ve never seen them before. Writer/composer Dennis T
. Giacino delivers this un-fairytale production under the direction of Fiely A. Matias with non-stop laughter cocktailed with the sweeping music. The classic Disney princesses are taking a stand against “the princess complex” for the night. They are tired of having to be perfect, thin, sweet, objectified and a list of other gripes . Read More

Question: What do you get when the desperate housewives of aftermath-Disney get together and vent on stage?   Answer: Disenchanted!   Book writer-composer-lyricist Dennis T
. Giacino and Director Fiely A. Matias scored an A+ with this fantastically fabulous mini-musical based on some of the known Disney princesses. Though a parody (maybe a satire?) of the more popularized fairy tales, many are aware that they themselves are already retellings of the sometimes much darker original versions of the same stories.   Read More

There’s just over a month left before the 2015 Orlando International Fringe Theatre Festival, with this coming Monday’s local artist preview kicking off the final pre-fest countdown
. For many area performers, the point of producing a show at the Fringe is to have fun with friends and hopefully make a few more bucks on tickets than they spend in the beer tent (fat chance). Others dream of selling out their seven or so shows, earning a Patron’s Pick award, and perhaps extending their run on a nearby stage. But the truly ambitious should be looking at Dennis Giacino and Fiely Matias, creators of the current off-Broadway hit Disenchanted!, for proof of how far Fringe fame can take you: from Florida to Missouri to Manhattan, and all the way to … a floor in New Jersey.

It’s all about the image. Disney movies and fairy tales are sending young women the wrong message and they are suffering from The Princess Complex. In fact, they are feeling Disenchanted.

Led by a militant Snow White (Michelle Knight), simple Cinderella (Becky Gulsvig) and ditzy Sleeping Beauty, the princesses tell their stories of what happens after… “happily ever after.” In song, they confide how they are starving in order to keep their figures trim, over-developed because they are drawn by men, and always waiting for princes to rescue them.

The musical features book, music and lyrics by Dennis T. Giacino, direction by Fiely A. Matias and musical staging by Matt West (Beauty and the Beast). 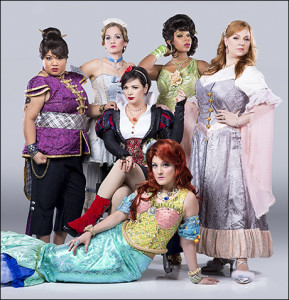 The musical Disenchanted!, which pokes fun at the world of fairy-tale princesses, officially opens Off-Broadway at the Westside Theatre April 7. The open-ended run began previews March 19.
As it did during its initial 2014 run, the cast features Michelle Knight (Jersey Boys) as Snow White; Becky Gulsvig (Legally Blonde) as Cinderella; Jen Bechter (Elf) as Sleeping Beauty; Lulu Picart (Listen To My Heart) as Hua Mulan/Pocahontas/Princess Badroulbadour; Alison Burns (Rent) as Belle/The Little Mermaid/Rapunzel; and Soara-Joye Ross (Les Misérables) as The Princess Who Kissed the Frog. Read More