Wishing Upon a (Skewed) Star 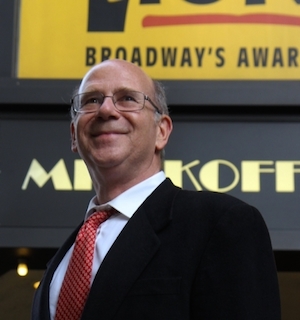 Don Frantz has earned his credits in theater: from theme parks to cruise lines to Disney. Now, the Upper West Sider is producing Disenchanted, a musical spoof on fairy-tale princesses playing at the Westside Theatre on W. 43rd Street.
The show’s roots date to 2011, with a sold-out run at Orlando’s International Fringe Festival before moving to New York. Productions are now slated for Latin America this summer, and China’s leading commercial theatrical producer, Musical Theatre China, is planning a production in Beijing this winter. A U.S tour is planned for 2016.

Tell me about your background in theater.

After a master’s degree in theater management at UCLA, I ran a theater company in Hollywood until I was introduced to the grand producer Tommy Walker, who was the first entertainment director for Walt Disney. I joined Tommy in production positions for the Louisiana World Expo in New Orleans, Harvard’s 350th Anniversary and Liberty Weekend here in in NYC.
These jobs all prepared me for the very creative, expansive work on the entertainment team at Walt Disney World. The eight years at Disney included producing and directing the new light parade at the Magic Kingdom, and then as associate producer on “Beauty and the Beast” and “The Lion
King.” From 2007 to 2012, I spent a lot of time in China producing, writing and directing musicals, until in January of 2011 I found a show called “Bitches of the Kingdom” from the Orlando Fringe Festival.

How did Disenchanted come about?

Dennis T. Giacino is the creator of the show. It started when he was a teacher teaching the story of Pocahontas. It was at that time that the Disney movie was in the movie theaters and the difference between the history book and the film was dramatic. And so Dennis wrote a song. It was the real Pocahontas singing about how she felt she was being portrayed nowadays. Soon the other princesses started ‘whispering’ to Dennis. Song after song, Dennis conjured up the songs that revealed another side of the storybook and history book princesses.

Talk to us about the unique challenges, and rewards, of creating a musical.

The reward is simple: something exists that would not have existed without one’s effort. Songs would be sung that would not be sung. Also along the way you discover talent who would not have had a chance if it was not for a producer putting their money and efforts behind them. And after this show, they will go on to create many more.
There are many people passionate about their vision all looking for common ground.

A favorite moment from the show?

There are so many. I suppose near the end, after all the laughter and all the fun, Cinderella has a speech that wraps up the story and launches us into the final number ‘Once Upon A Time.’ It is at that moment when you feel the audience feel that it’s all fun but it’s more than fun. In this song you also see all six amazingly talented women sing, and bond as a unit of full joy. It’s a great ending.

Who is the target audience of the show?

Well … it’s a musical about princesses! So any woman that has watched, or dreamed of, or hoped for, or been influenced by a cartoon about a princess, or even a Barbie Doll, or a beauty pageant, or simply pinned a lot of hopes on ‘the guy’ will enjoy the show. Women from 18 to 65 are loving it each night. One reviewer in Tampa said, “If you hate Disney this show is for you AND if you love Disney this show is for you.”
My favorite target is the women from 40 to 55 who see Disenchanted and buy tickets to bring back their daughter. They often come back in a girls’ night out….wearing tiaras!

How do you think Disney sees the show?

On a personal level, I have not met the Disney or ex-Disney employee who has not loved the show. Most of us, including six of the producing/creative team and three of the actors, have loved, worked for, and some are still working for Disney. To be clear, I think Disney is the absolute gold standard in entertainment. There are probably some senior Disney execs who feel we poke a few jabs, a little satire, too many. And there are probably a few senior execs that wished they did it first.

Did the show restore your faith in fairy tales?

In the show we do generally dispel the myth that you should sit around and wait for your prince to come. But I don’t think we ever suggest that you should not believe that sometimes dreams can come true. A lot of people on the team have realized a dream with this show, mostly because they kept believing in themselves
. Specifically two wonderfully talented actresses, Lulu Picart and Michelle Knight, who have worked in Orlando all their careers, have, in their 40’s, come to New York to make their off-Broadway debut and as a result both won a Lortel Award Nomination for their talents. Dreams come true when you believe.